We stand by our results with much focus and dedication to offer you.

AV Rated by Martindale Hubble for more than 15 years

With North Alabama roots stretching back over 200 years, Joe Cloud’s heritage is as much a part of the landscape as the mountains and valleys in which he was raised. The son of a WWII veteran tail-gunner who became the first lawyer in the family and of a mother who raised her four younger siblings after her own mother’s death, Joe was formed by people who understood hard work, determination and compassion. For over 30 years, he has represented his clients with integrity and a dogged focus that has resulted in his being recognized by Best Lawyers in America since 2000, and designated by his peers with the highest possible AV Preeminent Rating through Martindale-Hubbell since 1995.

With Joe as your advocate, he understands that you are up against the fight of your life. You can count on him being there every step of the way. With verdicts, awards and settlements totaling over $100 million, he has proven to be an extraordinarily competent ally and formidable litigator on his client’s behalf. Battling for your rights as a victim of any kind of accident or injury is why he pursued a career in law and why he wants to go to work for you.

Joe is your advocate, fighting on your behalf to recover money for you. Victims who have been seriously injured need an experienced, respected attorney who will protect their rights. Whether you were injured in an automobile accident, a collision with a tractor-trailer, hurt on the job, by a defective product, in an industrial accident, or have most any type of insurance claim, Joe knows how to prosecute your case.

AV Rated by Martindale Hubble since 1995. 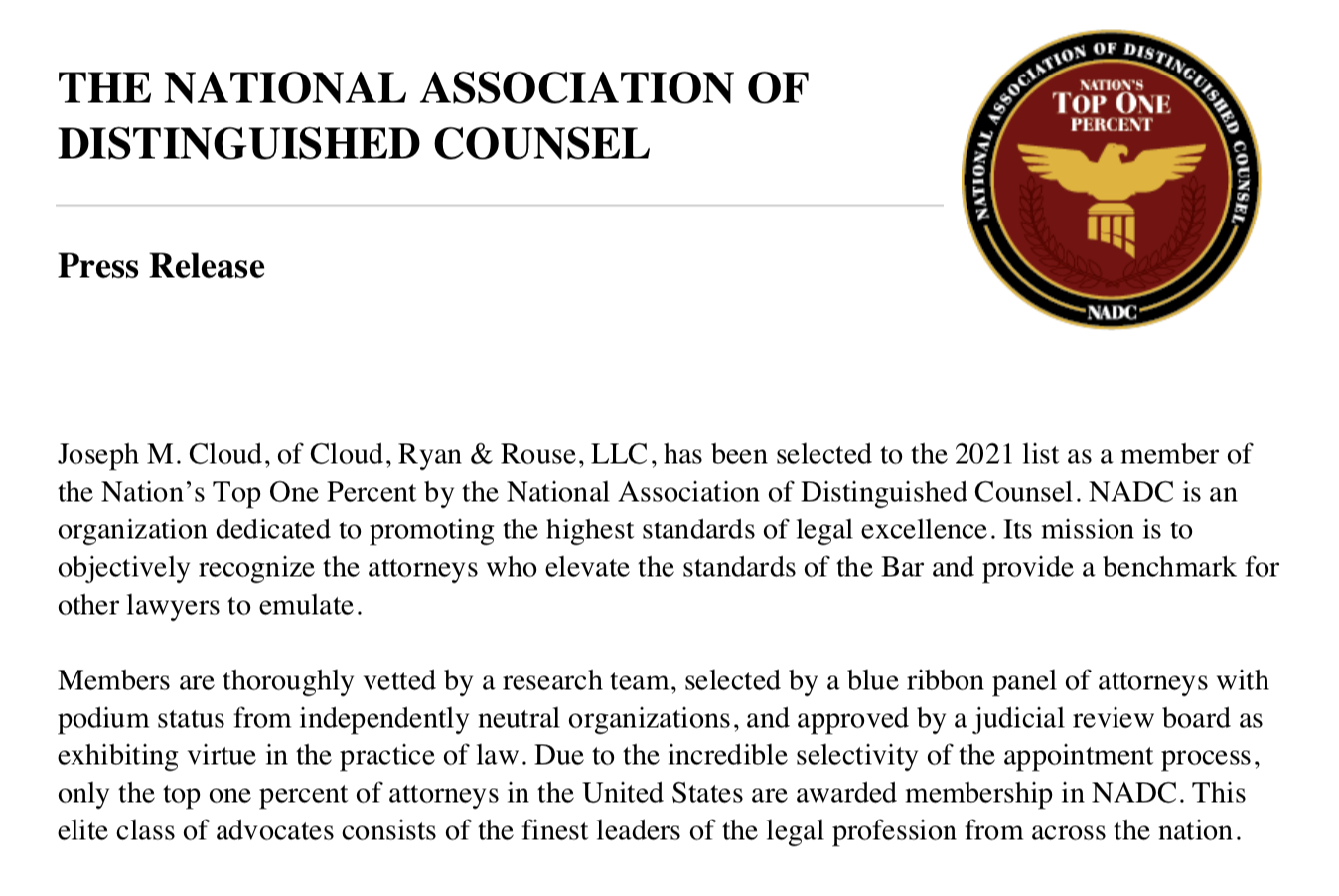